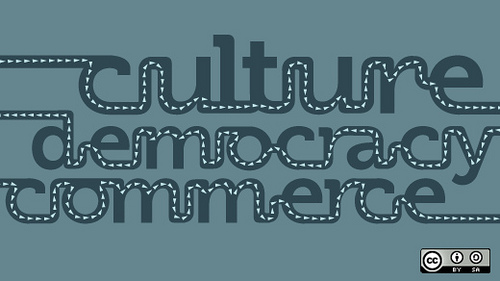 The internet makes fan works more and more visible – not just to fans, but to everyone. Producers and Content owners can now easily access fan works. The legal confrontation between copyright holders and fans is now more than ever an issue to consider.

Fan Works use characters, settings and scenes from copyrighted material – be it a book, TV series or movie. However, it also places them in the “grey area” of copyright law. In U.S. American law, until now there are no clear cut rules on which grounds one can decide if a fan work is infringing on the copyright law or not. Aaron Schwabach, author of the book “Fan Fiction and Copyright”, calls this the “uneasy and unofficial accommodations between content owners and fandoms”.

The Organization of Transformative Works (OTW), a non-profit organization that supports fans and fanworks, states: “While case law in this area is limited, we believe that current copyright law already supports our understanding of fanfiction as fair use”. OTW defines fanworks as transformative works and claims “that transformative works are legitimate”. But this question is still in debate and seldom tested in court cases.

Unlike any other country; U.S. law incorporates the notion of fair use. The fair use concept allows persons to draw upon another person’s work without their permission. It is not a strict rule. John Bayard explains: “Fair use is a subjective test which means courts would balance a number of different factors”. These factors are defined under 17 U.S.C. § 107:

“(1) the purpose and character of the use, including whether such use is of a commercial nature or is for nonprofit educational purposes;

(2) the nature of the copyrighted work;

(3) the amount and substantiality of the portion used in relation to the copyrighted work as a whole; and

(4) the effect of the use upon the potential market for or value of the copyrighted work.”

As one can see, the question if a work is published non-commercial or not (usually fan works are non-commercial) is an important, but not the only factor defining fair use. John Bayard says: “Publishing a fan-fiction and claiming fair use does not prevent someone from bringing suit against you. However if infringement claims are brought, you can claim fair use as a defense against infringement”. The decision if a work is covered by fair use or not depends on the individual case. John Bayard doesn’t think that there should be a more clear distinction to define matters. “Art and culture thrive under flexibility and openness and courts don’t want to limit what is art.”, he says.

Most of the content owners are aware of their fans and the fan work. They know how important a big fandom can be, that’s why they seldom act against their own fans. Of course, that differs from copyright holder to copyright holder. John says: “Writers such as J. K. Rowling are generally accepting of fan fiction as long as it is not overtly pornographic, while other writers such as George R. R. Martin are against any forms of fan fiction”. This does not stop fans from actively producing fan works. John Bayard describes the relationship on which the evaluation fan works depends:

“I would best describe fan labor (including fan fiction) as a three way relationship between the creator, the IP holder, and the fans. It really depends on all three. What I’ve seen in most cases is that the creator’s and IP holders are willing to allow a certain amount of fan made labor as long as it generally stays within the fandom and most people can recognize the difference between the fan labor and the real thing”.

Maintaining the difference between non-commercial fan labour and the commercially produced source product is one of the main points in the legal discussion.

Fan works exist in a “grey area” of the law. Even if fan works have been acknowledged by the producers and content owners, there are still no clear rules fan can rely on. Some content owners are really open towards fan works: for example the official Doctor Who Blog on tumblr, which is re-blogging fan’s work under the BBC’s seal of approval. John Bayard says: “Personally I think the best practice for a fan community is to ensure communication between themselves, the creators, and the IP holders. This way everyone knows what is going on”. 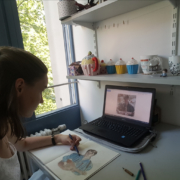