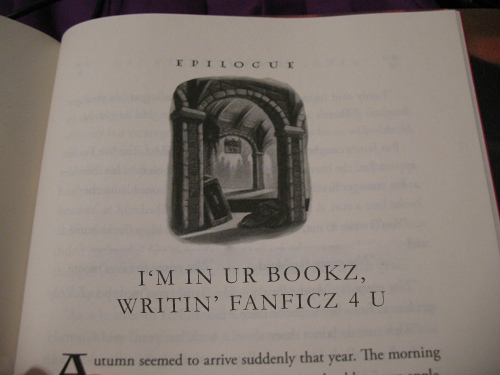 Fans rapidly embrace new technologies; the internet has changed the way fans communicate. For fans, it is vital to share, discuss and rewrite their fandom with fellow fans. The internet removed geographical boundaries and brought fans closer together. It exponentially increased the number of fans; from a small subculture to a visible online phenomenon. However, the internet with its endless possibilities challenges the fan community in several ways. What website should fans gather? How can a community as big as fandom be structured and organised? And how does new media technology influence the content of fan discussions?

Fans on the internet

Livejournal.com went online in 1999 and was one of the first blogging networks. As with other new technology, fans embraced this too. They could now easily search for new fanfiction and communicate together. Some features, like the ability to comment on posts immediately and the opportunity to add “friends”, made the community-building process much easier than it was in the pre-livejournal era. The blogging network slowly replaced old mailing lists.

Many long-term fans were not pleased by the new technology. The fanzine “Discovered in a letterbox”, Number 23, published some comments about livejournal.com. One fan says: “Nothing wrong with live journals, but please don’t tell they are places of discussion as a mailing list is, because it is, simply, not true”. They criticised the quality of the debate and the mixing of fan activity with private information. Another fan writes: “Time and again, the reader is treated to embarrassing, detailed and utterly personal descriptions of yucky illnesses, nervous breakdowns and sexual dysfunction. I squirm for them, and I hasten to flee the site: there is definitely such a thing as Too Much Information”. Julia Allis, volunteer at the Organization of Transformative Works, has a different view:

“First, I have a suspicion that many of the participants of fandom mailing lists were male. If you look at male-dominated forums (video game forums, for example), you’ll find a lot of technical discussion of the media in question, and a comparatively low amount of personal socializing and bonding. In contrast, in a female-dominated space, you see a lot more initial bonding over the media and then personal bonding, where the fans talk about their emotions and responses to the media.”

Livejournal, as a social media platform with a focus on fanworks, became a more female-dominated space. This changed the focus of the discussion. Allis says: “Personally, however, I found the discussions that happened on Livejournal to be extremely rich in depth and thought. The fact that these discussions sometimes also touched on fans‘ personal lives felt honest to me. It’s disingenuous to pretend that we DON’T have a personal, emotional response to the media we consume”.

In 2007 Livejournal deleted around 500 accounts without previous warning. It was called the Striket-hrough-incident. Targets were blogs that dealt with child pornography, incest, paedophilia and rape, but there was differentiation between journals with condescending and dismissive attitude. Consequently, many fans removed their work and art from LJ, just in case it was deleted. For Julia Allis, the biggest issue wasn’t the deletion itself. She says: “The fan communities were still fairly intact and cohesive. The important part, though, was that fans had learned we couldn’t trust LJ anymore.” She explains that

“at the time, the ‚grey area‘ of fair use and transformative work still strongly favored intellectual property owners. So if the law had a problem, or if a media company wanted to complain about fans ‚ripping them off,‘ we could pretty much expect that the internet service providers and blogging platforms and social media companies would hang us out to dry”.

As fandom nearly always violates copyright laws, the reluctance of internet service providers to account for the fan content on their networks, seems understandable.

The first days after the suspensions on LJ, there were no official announcements. Many users started to protest against the silence. A few days later, Barak Berkowitz, Chairman and CEO of the company SixApart (owner of LiveJournal), offered a statement:

“Well we really screwed this one up… We never intended this policy to cause the removal of journals that were have perfectly valid discussions about literature, law or culture. We never intended the policies to take down journals or communities clearly opposed to illegal activities but clearly we did. We love our members of fandom and respect their role in our community. We made a mistake and now we are going to try to fix it.”

But that wasn’t the only disagreement between users and the company. After that, SixApart sold LJ to SUP Fabrik.

Fans did wonder what that change will bring. One year later, Livejournal finally decided to rely on advertisement to finance their costs. In the free, basic journals “Advertising would be displayed to visitors who are not logged in to LiveJournal” (theljstaff on livejournal, Journal Entry from 14.08.2008).

Another disturbance in the SF-fandom was the RaceFail’09, an argument about race that disrupted the blogosphere. Julia remembers: “EVERYBODY posted about it. And LJ was a nexus for the discussion“. Fans felt disrespected on LJ and migrated to other platforms.

Another incident was the deletion of the LJ Community Scans_Daily, which contained scans from several comics.

In 2010 LJ changed its layout; it wasn’t possible to give comment threads their own subject titles. Roleplaying and fan fiction communities were angered. Julia Allis explains: “Comment thread subject titles had served to easily organize and label conversation threads in roleplaying communities, and story prompt/reply threads in fiction prompt communities. Without them, the process of keeping track of what was happening in those communities became suddenly messy and laborious”.

It is hard to tell if these incidents were deliberately aimed at the fan community or not. Some of them seem to be the results of misunder-standings. Julia Allis summarises: “Because of all this, finding online ’safe spaces‘ for fandom was very important. By that, I mean online community platforms that understood and respected fandom, who would argue in our favor against the media companies and apply policies with sensitivity and understanding of what fandom was really doing.”

Where to go next?

All these reasons contributed to fans “breaking up” with LJ. But where to go next? The choices were InsaneJournal and Dreamwidth. Both were using the open source code that LJ is based upon. These similarities made it easy for fans to transfer their content to the new platform.

Dreamwidth became especially popular. Unlike LJ, it was led by a non-profit organisation. Julia Allis says: “Dreamwidth was one of the first social media platforms to really focus on interoperability with other social media sites”. This feature made it easy to crosspost entries between LJ and Dreamwidth.

However this still did not solve the problem; fans were still homeless, oscillating between several platforms. Allis says: “By this point the fandom diaspora from LJ was fairly dra-matic. Fandoms were fragmented. Keeping track of fandom friends became challenging as people had jury-rigged feeds into LJ from Dreamwidth and InsaneJournal. Some people had gotten bitten by the Twitter-bug and their LJs were reduced mostly to collections of their daily Twitter posts”.

Today, most of the social networking in fan communities happens on tumblr. But how did fans end up there? At first, tumblr did not seem like the best alternative to LJ. You could not transfer your blog content from other sites to tumblr. There is also a difference in organising your blog content, as Julia Allis explains: “On tumblr, your blog content basically floats briefly and then sinks into the ocean, never to be seen again. On LJ, there was a lot of value placed on being able to preserve, organize and archive your blog content. It was considered a valuable resource.”

Why tumblr, then? Allis assumes that the network effect brought fans together on tumblr. The network effect makes a product valuable to every individual if more people use it. As fandom is very much focussed on the community-aspect, this is especially important. Allis says: “Once tumblr gained a certain active core of fans, more and more fans began (and continue) to migrate there because that is where the action is”.

Most fans agree that tumblr is not the perfect platform. For the foreseeable future, fan communities will stick to tumblr.